Skateboarding is a sport that involves riding and/or performing tricks on a skateboard. Skateboarding got its start in the late 1940’s/early 1950’s in California and Hawaii when surfer wanted a way to “surf” when the ocean was flat. The attached wheels to small surf boards and were referred to as “asphalt surfers”. 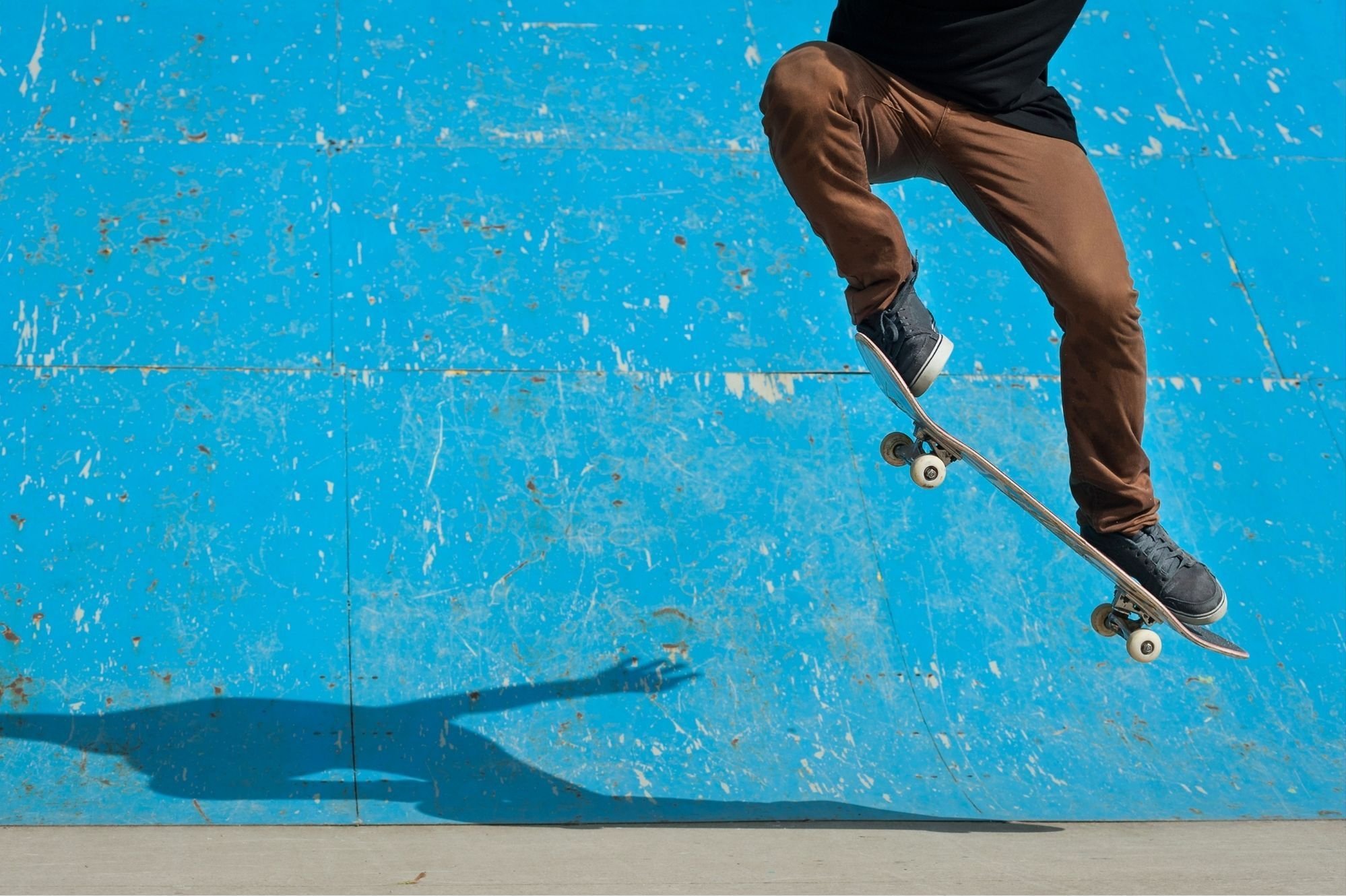 In 1959, the first mass produced skate boards were made with a more modern day design that included trucks and bearing. This allowed the skateboarders to begin performing more tricks and maneuver better. Now there are many styles of skate boards that allow skaters to perform different types of riding. Long boards are better suited for cruising and skating in areas with big hills, where as, short boards can be utilized for tricks and skating on ramps or in skate parks.

There are skate parks all over Jacksonville, so depending on where you live there is most likely one near you. In no particular order here are some of the parks around town:

Skateboarding is a great form of exercises as it works on cardiovascular endurance, balance, and strength. According to longboardingnation.com, skateboarding can burn between 250-400 calories per hour depending on the intensity of your riding.

Skateboarding is an excellent way to build lower extremity and core strength. Glutes, Hamstrings, and Gastroc muscle are constantly being utilized to propel you forward on the skateboard. Core muscles (different abdominals), quads, and hip muscles are also being activated in order to maintain balance and stability on the skate board. 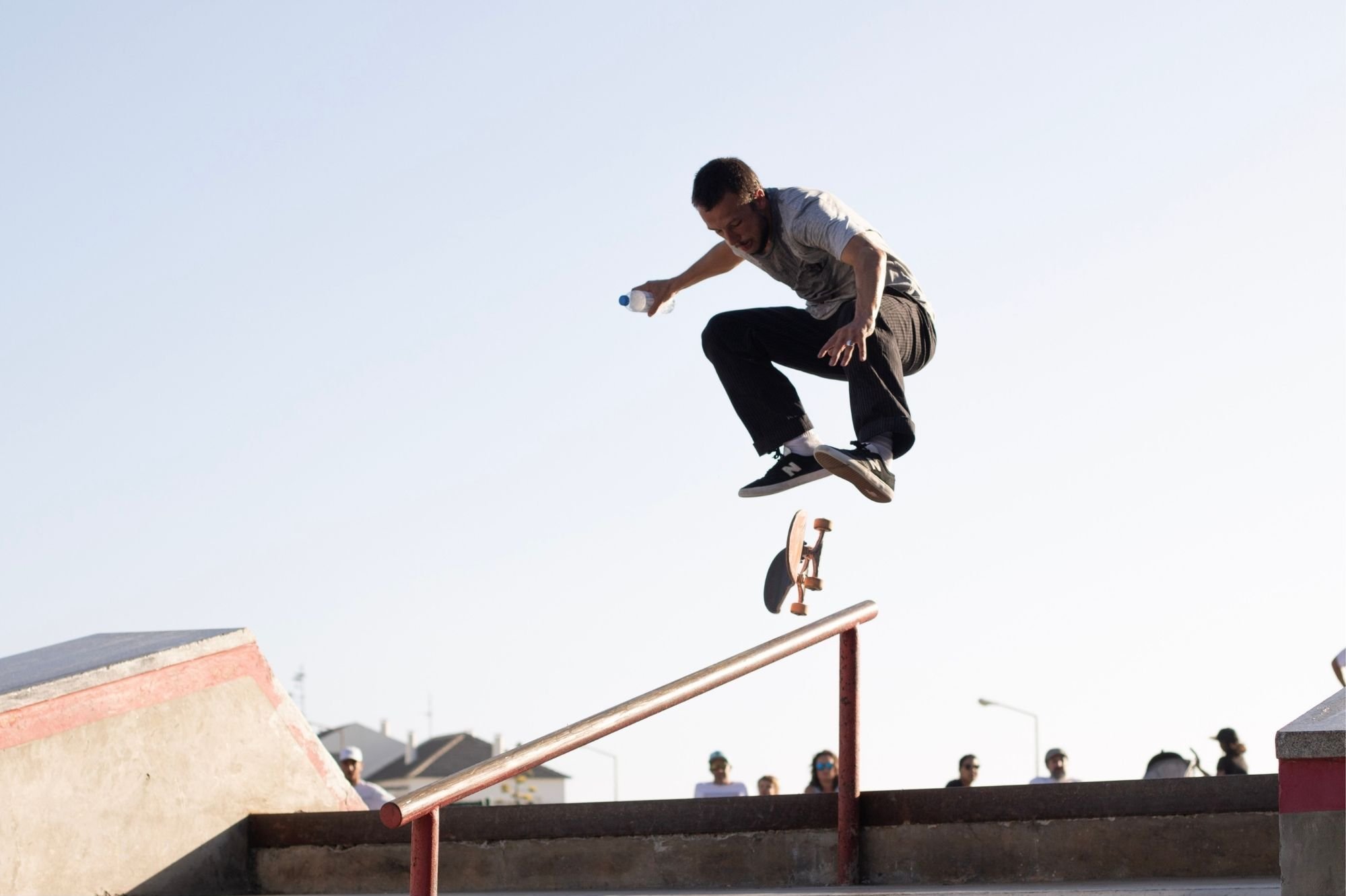 Man skateboarding on a rail.

Can You Get Abs From Skateboarding?

Injuries as a result of skateboarding come in a wide variety. The least severe would be

Broken bones are another type of injury that occurs from falling off of a skateboard, especially when performing tricks in a bowl or on a ramp/half pipe. The most severe injuries would be

Skateboarding can wear and tear on the body/joints over time, but is not necessarily bad for your ankles/knees/and hips as long has you have good strength to promote stability around the joints themselves.

Although it is not possible to prevent injuries from occurring, it is possible to reduce your risk for injury. This can be done by:

To make an appointment with an orthopedic specialist, call 904-JOI-2000, or click below. 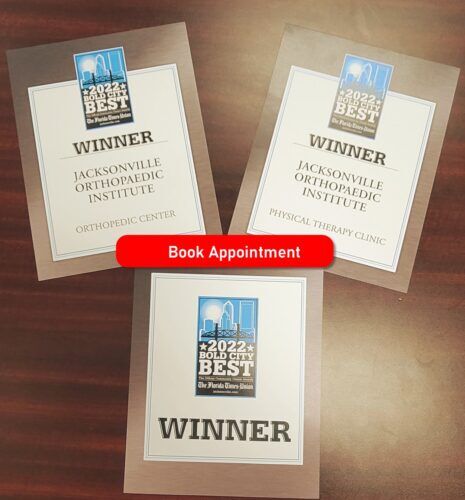