What is a Pregnancy SI Belt?

A pregnancy SI Belt is a supportive belt or brace that applies pressure around the pelvis. The pressure or support helps to stabilize the Sacroiliac Joints (SIJ) during later stages of pregnancy.

What is the SI Joint?

The sacroiliac (SI) joint is located on both sides of the posterior pelvis. This joint connects the sacrum, which is the lowest part of the spine just above the tailbone to the iliac portion of the hips. This joint serves multiple purposes, but two of the main ones are to connect the trunk of the body to the hips and act as a shock absorber when performing standing and walking activities. The SI joint does have some natural movement between the bones to allow for rotation and tilting of the pelvis during walking, squatting, and lifting. 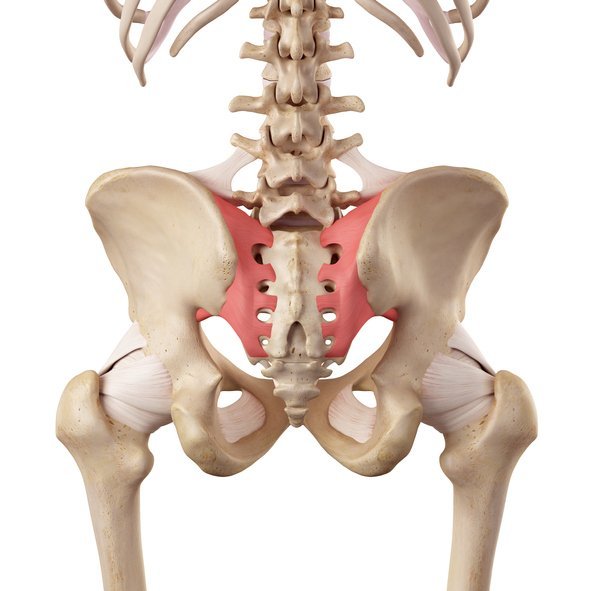 What Changes in the SI Joints During Pregnancy?

During pregnancy, the SI joint is one of the main sources of pain for a woman. This is typically due to the increased strain on the lower back and hips from increased weight as well as the possibility for increased laxity in tendons and ligaments that occurs during pregnancy. This laxity allows for increased movement of the SI joint which can trigger the supporting muscles around the joint to tighten in an attempt to compensate and provide stability for the joint. This prolonged muscle tightness/activation is a likely source for both hip and radiating (nerve) pain.

An SI belt is similar to a lumbar support brace but is worn lower around the hips. Most SI belts are typically one piece with multiple tightening straps to allow for it to be a mostly universal fit. Depending on the thickness of the belt, it could possibly be worn under clothing as well.

Why Wear an SI Belt During Pregnancy?

The goal of wearing an SI belt is to promote stability of the SI joint and promote proper posture. When stability and posture are improved, a person will typically experience reduced pain, reduced inflammation of the SI joint, and improved functional mobility throughout the day. This improved stability by limiting the amount of abnormal movement of the SI joint and decreasing the pain a pregnant woman may feel with prolonged standing or walking. 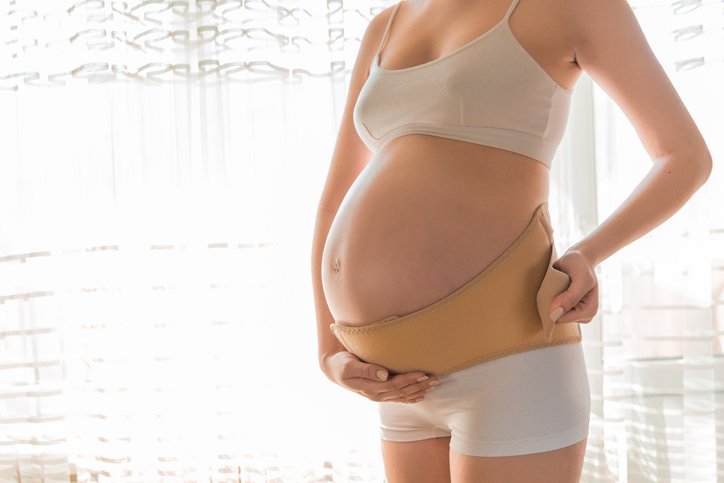 An SI belt for pregnancy

Is it Risky To Wear An SI Belt During Pregnancy?

There are few risks to wearing an SI belt, but it is always recommended to speak with your physician before using any piece of medical equipment. Depending on your physician and style of SI belt, the amount of time that you should spend wearing the belt can vary, but many physicians will recommend wearing the belt 24 hours a day during pregnancy as long as the person is experiencing symptoms from SI instability.

If your physician prescribes an SI belt during pregnancy, they may also recommend physical therapy. A physical therapist will perform a physical assessment of mobility as well as strength to determine a proper plan of care. Most patients who experience SI pain during pregnancy need to work on hip and core strengthening exercises to promote natural stability of the lumbar spine and hips. Read this article to learn more about 5 Ways to Treat Your SI Joint Dysfunction.

Physical therapy in conjunction with an SI can greatly improve a woman’s ability to tolerate daily activity during pregnancy, especially during the later months when weight gain is at its highest.

To make an appointment with one of Jacksonville Orthopaedic Institute's Physical Therapists located at our 12 rehab locations call (904)858-7045. To see a JOI Orthopedic Doctor, call 904-JOI-2000, schedule online, or click the link below.